Joseph R. Woolslayer, 86, of Irving, Texas, passed away on Thursday, July 26, 2018. He was born in Tulsa, Oklahoma on January 8, 1932 the son of Homer J. and Anne S. Woolslayer. Joseph R. served in the United States Army and he earned his Bachelors Degree in Industrial Management Engineering from the University of Oklahoma. Joseph R. was a well-known Structural Design Engineer in the oil and gas services industry. He was Owner, President and Head of Sales of Lee C. Moore, A Woolslayer Company, for over a decade. From 1976 to 2004, Joseph R. was the Inventor of 8 uniquely crafted oil drilling industry patents granted by the U.S. Patent Office. He continued to hold an ownership in the company and served as Chairman of the Board of Directors since 1988. Joseph R. maintained full involvement in Lee C. Moore, A Woolslayer Company, for over 50 years. He was a recreational aircraft pilot. He enjoyed vacationing at the beach, dining out, watching movies and attending Dallas Cowboy football games. He loved his two cats, Smokey and J.R. Most of all, Joseph R. cherished spending time with family and friends. Joseph R. was a loving husband, father, grandfather and friend, that will be dearly missed. He is survived by his loving wife, Jeannie Woolslayer; children, Joseph P. Woolslayer, Bobby Woolslayer, John Woolslayer, Homer Woolslayer, Ronnie Baker, Carrie Weems; 13 grandchildren; 1 great grandchild; among numerous other family and friends. Visitation will be held on Monday, July 30th from 9:30 am – 11:30 am at the funeral home. Funeral Services will be at 11:30 am on Monday, July 30th in the Chism-Smith Funeral Home Chapel. Interment with Military Honors will be on Thursday, August 2nd at 11:00 am at Memorial Park Cemetery in Tulsa, Oklahoma. 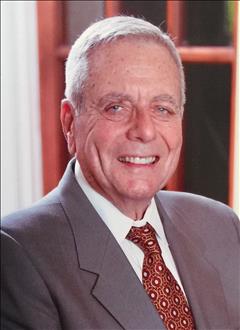