Construction is underway at the Port of Catoosa as Fleming Construction began prepping the slab that will serve as the foundation of Lee C. Moore’s new headquarters. Construction of the new facility is expected to be completed in late June.
The new headquarters will be dedicated to the late owner Joseph Robert “Bob” Woolslayer who operated as Owner, Chairman and President for over a decade. From 1976 to 2004, Bob invented 8 uniquely crafted oil drilling industry patents granted by the U.S. Patent Office. He continued to hold an ownership in the company and served as Chairman of the Board of Directors from 1988 until he passed away in July of 2018. 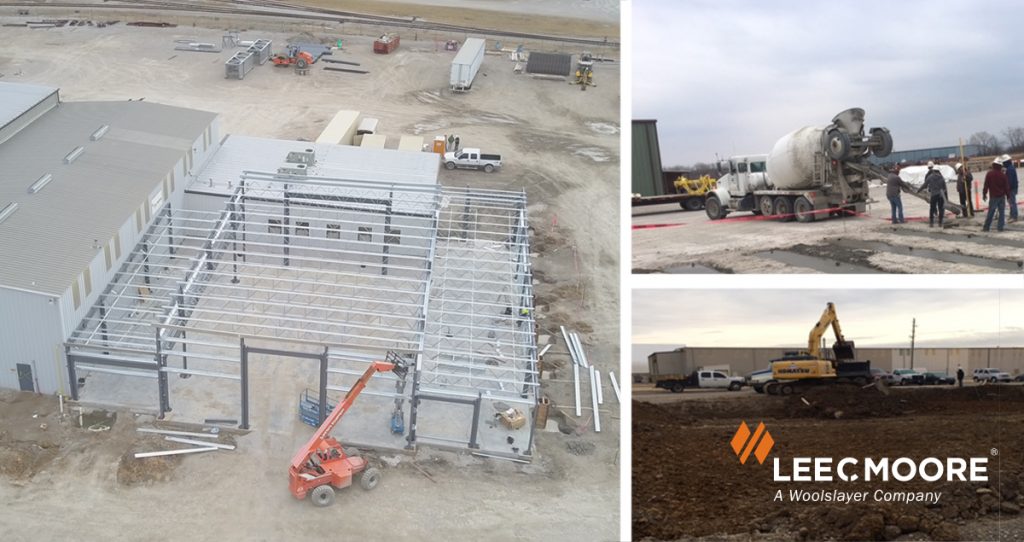